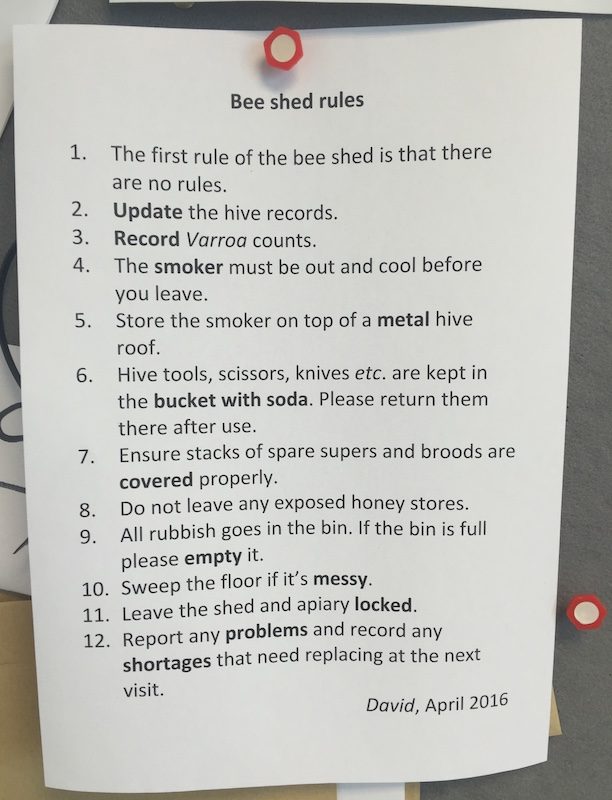 The first rule of the bee shed …

The bee shed is getting busy and now houses four full colonies and a nuc or two. With several people involved in sampling colonies for our DWV research we’ve drawn up some simple rules‡ to ensure things stay neat and tidy.

This post – slightly more frivolous than usual – should automagically appear on my Twitter account as well. Normal service will be resumed shortly … with part 2 of “Spot the Queen“.

“The rules are … there are no rules” actually comes from the 1978 film Grease … a rather different film altogether.