At the beginning of the season, after the wettest winter for 100+ years, I rebuilt the rickety scaffold-plank bridge I use to cross the burn to get to my apiary and bee shed. The herbage had been flattened by flooding and the general die-back of winter. Access was easy … if a bit squelchy. 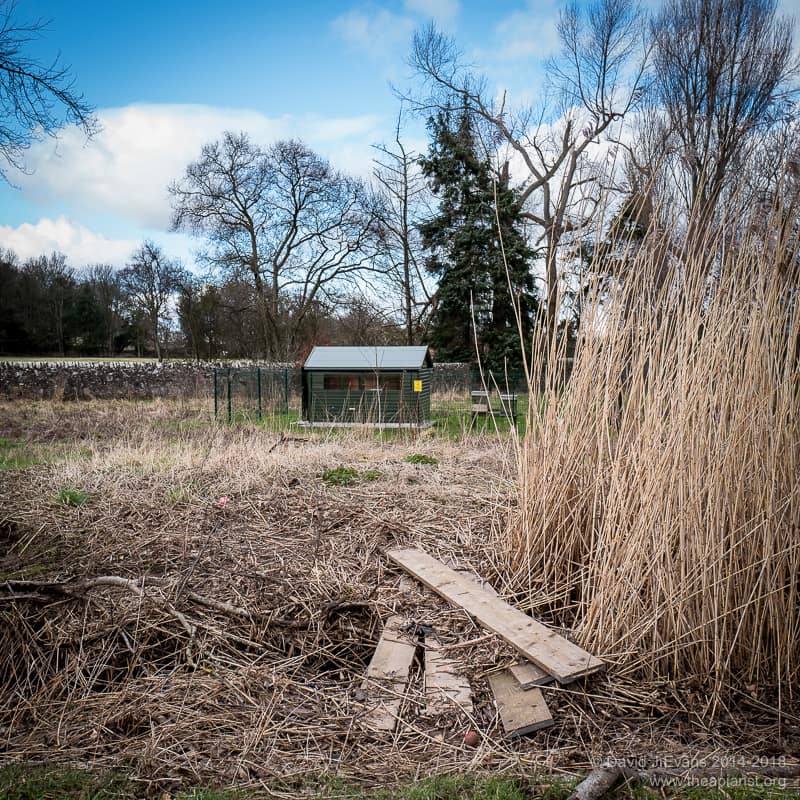 Seven months later the bridge, the burn, the shed and the apiary have all but disappeared behind the luxuriant growth of reeds and weeds. Over the burn is an extensive patch of waist high nettles and long tussocky grass. If there’s been any recent rain the herbage remains damp and my bee suit gets saturated … if for any reason I have to make repeated trips (such as removing full supers [in my dreams!]) the water runs down my legs and fills my boots. Lovely. 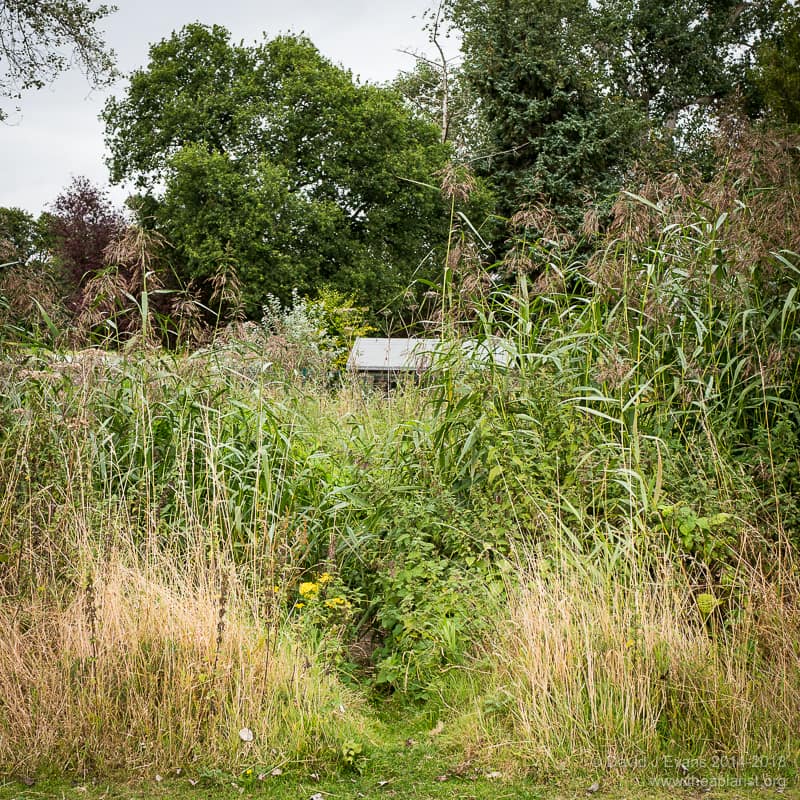 Wildlife near the apiary

The overgrown little patch of woodland is a great spot for wildlife, with regular sightings of sparrowhawks jinking through trying to catch the small birds unawares. All of the regular woodland and parkland birds are present, with increasing numbers of mixed parties of finches now we’re into early autumn. There are great spotted and, much less frequently, green woodpeckers to be seen and the presence of the latter might mean I have to protect my hives in the winter (although I had no problems on this site last winter it never got really cold which is when the yaffles† cause a problem). Buzzards wheel overhead – incessantly mewing now as the adults start to ignore their young and so force them to find their own territories. Until recently the air was filled with swallows and martins. There were so many of them I was concerned about losing queens on mating flights. However, it was the June weather that was the biggest handicap, and I think I only had one mating nuc in which the virgin queen simply disappeared. 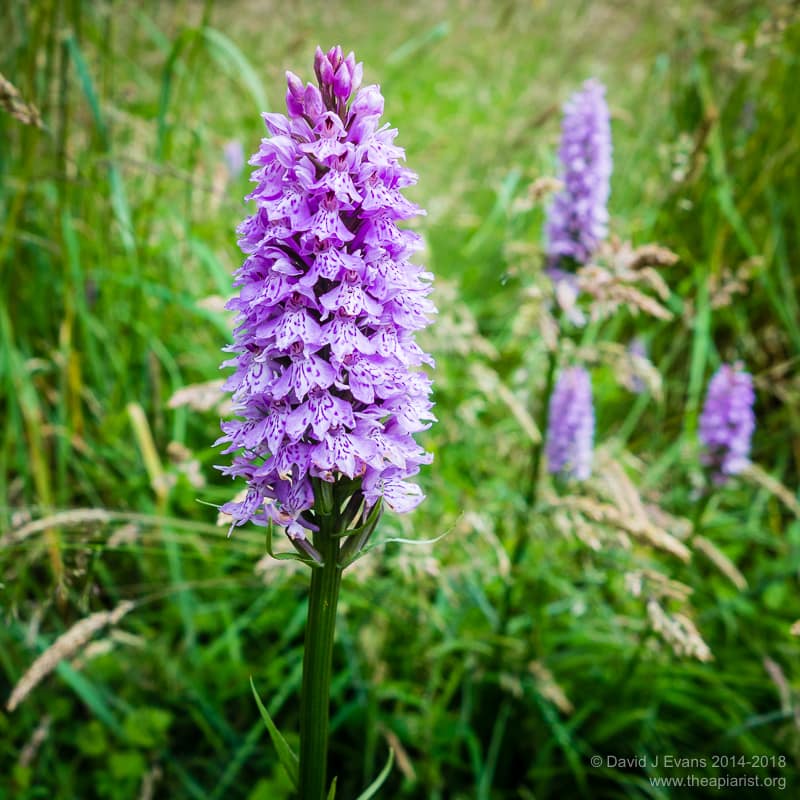 I’m hopeless at plant identification but think this is a Common Spotted Orchid. The area around the apiary has hundreds of these in late June/early July. There’s an interesting Citizen Science survey (https://www.orchidobservers.org/) on how climate change is affecting the flowering period of orchids and they have a comprehensive identification guide (16Mb PDF download … you have been warned), together with distribution maps. Finally, the damp grassland and the nearby burn mean there are loads of frogs to be seen … which probably also explains the near-universal presence of herons.

On a balmy summer afternoon – not completely unheard of this far North – the air is filled with the sound of bees going to and from the hives, making this an idyllic spot.

End of the season

I usually reckon that the end of September is the end of the bee season. Certainly this year – my first full season in Scotland – it is. Honey supers were taken off in late August/early September and there’s been almost no nectar coming in since the middle of August. The ivy has yet to start properly and there’s no balsam in range of my main apiaries. Colonies have been treated for Varroa – one repeatedly – and all have large blocks of fondant to keep them company for the next couple of weeks. All the hives are warm and watertight. There’s a few last-minute jobs to do … a final tidy of the bee shed, stacking supers and drawn brood comb out of reach of wax moths and acetic acid treatment where appropriate to sterilise comb. 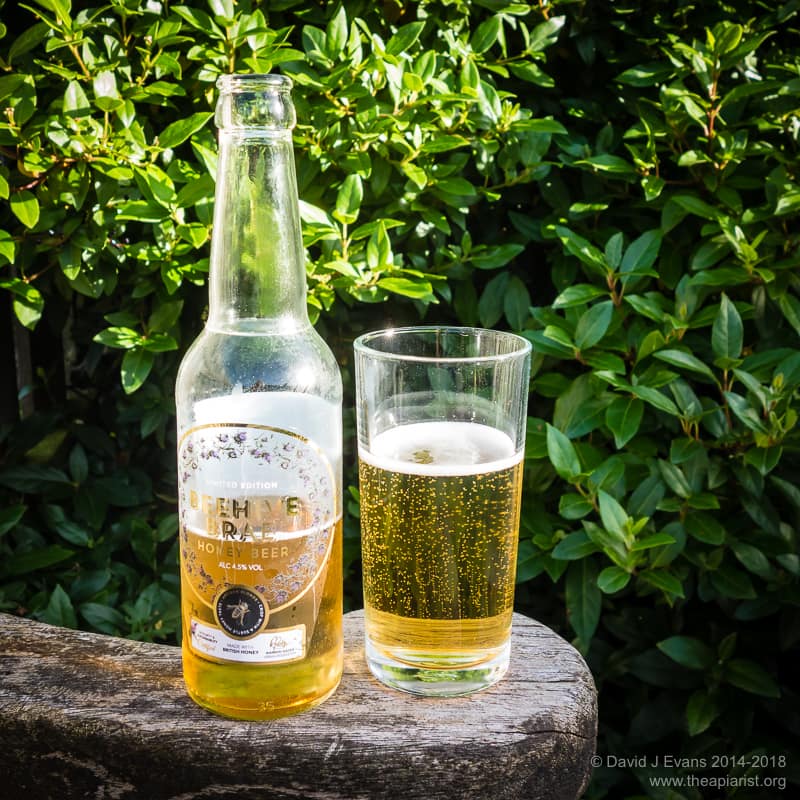 This post was written a week or two ago as I’m currently at ICE 2016, the International Congress of Entomology, talking about our work on DWV. The scope (and number of attendees … ~6000) of this conference is huge and includes at least 10 sessions covering bees. If the jet lag doesn’t finish me off I’ll take some comprehensive notes and report on some of the more interesting talks in the coming weeks. Normal service will be resumed by November.

† Yaffle is an English folk name for the green woodpecker (Picus viridis) derived from its laughing call, which also probably explains the wonderful alternatives of laughing Betsey, yaffingale, yappingale and Jack Eikle. Hearing the yaffle call is supposed to be associated with the onset of rain, which probably accounts for the other names of rain-bird, weather cock and wet bird.

‡ Ice ice baby is a hip hop song by Vanilla Ice from ’89/’90 … coincidentally it’s about South Florida, which is where the ICE 2016 conference is being held. I can’t stand hip hop 😉