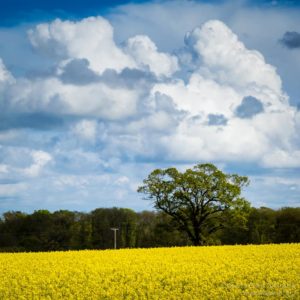 Yesterday was warmer, but ended in rain and it’s chucking it down as I write … it looks like the OSR won’t give a bumper crop this year. However, it looks set to reach 15ºC or more next week and a bit of warm and settled weather – although it might be too late for the majority of the OSR – means some of my generous neighbours might be donating some swarms for my bait hives 😉

In addition, the hawthorn is preparing to flower … this can be a good source of pollen and nectar, but beekeepers often apparently mistake it (not the tree, but the source of nectar being collected) for sycamore which flowers at the same time. 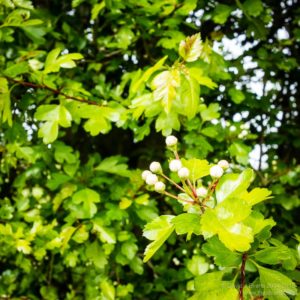 So much for my queen rearing plans … that’s on hold for another week at least until the cell raisers are ready. In the meantime, I have identified some well-behaved colonies as a source of suitable larvae.