The Scottish philosopher wasn’t talking about beekeepers, but he might as well have been. The quotation goes on something like “Without tools he is nothing, with tools he is all”. Which pretty neatly sums up the beekeeper who has lost his hive tool in the long grass.

Conducting a full inspection without a hive tool is a a thankless task. You can’t crack the crownboard off (unless it’s a sheet of heavy-duty plastic), propolis acquires the adhesive properties of SuperGlue and your fingers become clumsy, fat, bee-squashing sausages as you try and prise the frames apart.

There’s a huge choice of hive tools available. At the recent Welsh BKA Convention I saw about a dozen different designs on the Abelo stand alone, several not in their catalogue or on the website. Thorne’s list about 17 different hive tools. We’re spoilt for choice. Over the last few years I’ve bought, borrowed or otherwise acquired about eight different styles … some of those that haven’t been lost, given away or discarded in disgust are pictured here. 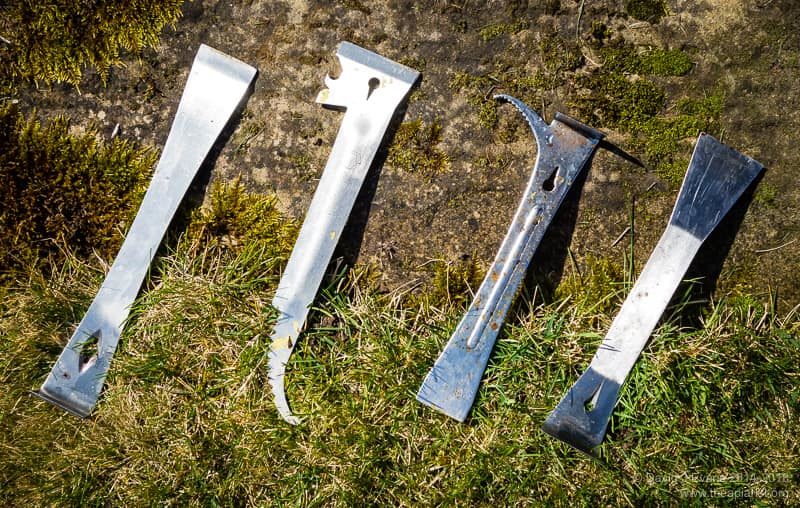 From left to right …

Care and maintenance of hive tools

There’s really only two things that you need to do with hive tools in terms of care and maintenance. You need to keep them clean and try and avoid losing them. 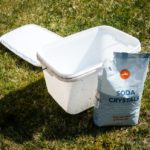 I specifically said ‘try and avoid’. Losing hive tools is one of the inevitabilities of beekeeping. Like getting stung, running out of supers, not having enough frames, missing queen cells and ‘rediscovering’ a lost hive tool with the lawnmower. I lost three in one apiary a few years ago, finding all of them in the winter as the herbage died back. You can reduce losses by painting them bright colours. Blue works well. I’ve got a nice quality bright blue hive tool given away by Mann Lake at the BBKA Spring Convention when they first started up in the UK … somewhere. 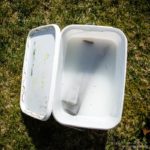 Hive tools need to be kept clean. I keep a bucket containing a strong washing soda solution in each apiary. Between inspections the hive tools are immersed in the bucket. This guarantees three things; there will be a hive tool available for your inspections, the hive tool will be clean and the paint will have probably peeled off. The Frontier-type American hive tool (second from right, above) was originally bright yellow. This bucket is also a great place to keep a small serrated utility knife which is useful for all sorts of tasks during the season.

I know some people who keep a separate hive tool for every hive in an apiary as part of their ‘good hive hygiene’ practice. This seems like overkill to me and ignores the level of bees drifting between colonies. It’s easy enough to dip the tool in the washing soda between inspections if needed … and saves investing in loads of hive tools 😉 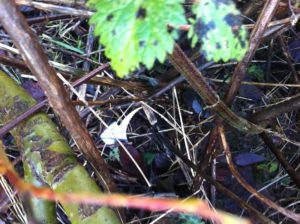 † Thomas Carlyle had a famously unhappy marriage to Jane Welsh. The novelist Samuel Butler said “It was very good of God to let Carlyle and Mrs Carlyle marry one another, and so make only two people miserable and not four.”