The 6-8 week period between late June and harvesting the summer honey is a quiet period in the beekeeping calendar. At least, it is in mine. My colonies aren’t going to the heather, so there’s nothing to prepare for that. Swarm control is complete and many colonies are now headed by new queens, so the chance of swarming is minimal. The spring honey – what little there was of it on account of the incessant rain – was extracted in late June. It’s now easy going until the summer honey is taken off and the colonies are prepared for winter.

The 7 day cycle of inspections that are so important as the season builds up become much less critical. If there’s a new mated, laying queen in a box with ample space, sufficient supers and enough stores (for adverse periods of weather) there’s actually little to be achieved by rummaging through the box on a weekly basis.

Instead, I generally just observe things from the outside. If pollen is being taken in by foragers, if there are good numbers of bees on orientation flights during warm mornings and if the hive is reassuringly heavy, then there’s probably no need to inspect weekly. A peek through a perspex crownboard can give a pretty good idea of how much space the colony has and whether they’re fully utilising the super. With experience, hefting the hive (gently lifting the back an inch or two and judging the weight) is a good indication of whether they might need an additional super. And that’s it … I generally leave these strong, healthy colonies to simply get on with things during July and into August.

But inspect when appropriate

Of course, some hives will need checking. For example, any hives that are clearly below-strength for an unknown reason should be carefully checked for signs of disease. Varroa levels can be readily, albeit pretty inaccurately, determined by putting a Correx Varroa tray below the open mesh floor and the colony should be inspected for obvious signs of deformed wing virus (DWV) symptoms. 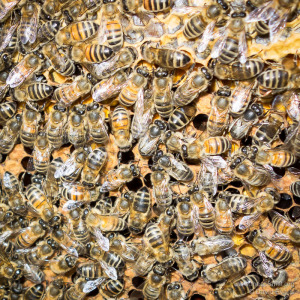 If there’s any doubt about the health of the colony consult a good book on the subject (Ted Hooper’s Bees and Honey is a reasonable start though some of the more comprehensively illustrated newer books might be better), ask your mentor or an experienced local association beekeeper and contact the local bee inspector if necessary.

Chronic Bee Paralysis Virus (CBPV) is a high-season problem for big, strong colonies. Sick bees exhibit characteristic shaking or shivering symptoms, look oily or greasy and accumulate in a large smelly pile below the hive entrance. A very distressing sight. I’ll be discussing CBPV in more detail over the next few months as it appears to be an increasing problem.

The other colonies I keep a close eye on are those with known or potential queen problems. These include colonies where the queen may not have mated, or those in which the queen appears to have got mated but the colony shows signs of early supercedure, suggesting that all is not right.

The queen in the (rather poor) photograph above has a paralysed left rear leg. She’s a 2017 queen and emerged in early/mid June during a period of very poor weather. I found her as a skittish virgin very soon after emergence (quite possibly the day of emergence) then left the colony to get on with things. She was mated by the first week in July. Eggs were present but I didn’t see her in the colony. However, she wasn’t laying particularly well, either in terms of number or pattern.

Since I was disappearing to Malaysia on business for 10 days in late July I thoroughly inspected the colony before leaving. I discovered her hobbling around the frame, clearly with very severely impaired abilities. There was very little open or sealed brood in the colony. In the several minutes I watched her she didn’t lay any eggs despite checking lots of cells that looked polished and ready to me (but I accept she’s probably a better judge of a suitable cell than I am). She clearly could lay, and you can see an egg at the tip of her abdomen. I suspect that, although her walking wasn’t grossly impaired, she was unable to properly ‘reverse’ into the cell. 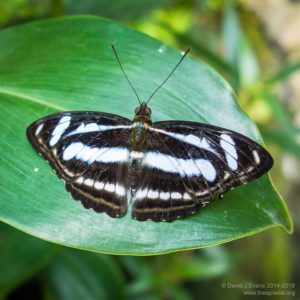 Mid-July, a strongish colony with almost no brood, a crippled queen and no means of checking things for a fortnight meant that prompt action was needed. I removed the queen and united the colony over the top of another strong colony. The alternative was to wait and see if the colony disposed of her, or tried to supercede her. Either would have imposed a delay of about a month after my return, there were limited numbers of larvae for the colony to start from, a rapidly ageing worker population and little chance of the colony building up strongly through the autumn to overwinter successfully. This was a case of using them or potentially losing them.

I’ve no idea how the queen came to have a gammy† leg. I’d not seen her since she’d been mated. One possibility is that two queens emerged at or near the same time, duelled in the hive leaving one dead and the other partially crippled. Although damaged, the queen still managed to leave the hive to mate successfully, but then struggled to lay properly.

Finally, if you’ve not visited your apiary late on a warm, calm summer evening then you really should. Strong colonies can be heard from some distance away, a sort of low humming sound. There’s the heady smell of warm honey in the air as they evaporate off water from stored nectar in preparation for capping stores off for the winter ahead. Highly recommended.

† Gammy meaning (especially of a leg) unable to function normally because of injury or chronic pain … in contrast to the fictional cowboy Hopalong Cassidy used to label the image. Hopalong Cassidy had a wooden leg.

Peaceful easy feeling was the title of a song by the Eagles released in 1972 on their debut album (Eagles). The band, or what’s left of them after the recent death of Glenn Frey, continue to play live with four concerts last month.