There’s a high level of ‘churn’ amongst new beekeepers. Beekeeping is relatively easy and inexpensive to start. The principles of beekeeping appear straightforward. But large numbers of beginners give up after a season or two.

Here I argue that the colonies and hives some of these beginners abandon pose a threat to other beekeepers, sometimes for years …

A better appreciation of the commitment required to successfully practice the principles of beekeeping might increase the success rates of beginners, though it might also dissuade some from starting in the first place.

Save the bees, save humanity 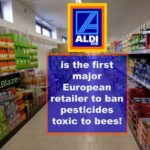 Bees are popular. You only need to visit the supermarket, spend time on the High Street or browse the web, to find bees or pollinators mentioned. The plight of the honey bee is extensively documented in the press. In places some of these references are little more than thinly-veiled adverts … there are any number of beers or ales that now include ‘local honey’ to support bees and beekeeping†.

So, public awareness is high.

In some ways this is a good thing. The public are aware that, for a variety of reasons, our honey bees (and other pollinators, but I’m going to restrict myself to honey bees for the remainder of this post) are facing real problems. Habitat destruction, monoculture, disease, farming practices, global warming, mobile phone masts, parasites, imports and – the current favourite – neonicotinoids, are all/solely (delete as appropriate) to blame for the problems faced by our cute little bees.

It’s a good thing because you might get to sell more local honey which, as a consequence, means you’ll look after your bees carefully and manage them to make more honey next year. It’s a good thing – and I’ll declare a vested interest here – because the Government is encouraged to spend money on research to discover what the real threats to honey bees are (hint, it’s probably not mobile phone masts). This money will also help develop ways to mitigate these threats in due course.

There are a lots of other reasons why it’s a good thing. People are designing bee-friendly gardens, they’re planting wild-flower meadows, they’re reducing pesticide usage and favouring biological control or other pest management techniques. Farmers are being encouraged to leave wide field margins or build beetle banks … and some might even be doing this.

Too much of a good thing?

Some people are so concerned about the plight of the honey bee they decide to do the obvious thing and buy a hive and bees for the bottom of their garden. Obvious, because they’ve increased the number of hives and they’ll be getting lots of delicious honey at the end of the summer.

Some attend a winter ‘start beekeeping’ course (or fully intend to next year, once they’ve kept bees for the current season‡). Some think they’ll be OK with generous offer of telephone support from the person who sold them a midsummer nuc¶.

What could possibly go wrong?

These new beekeepers are certainly well-intentioned. They fully intend to help bees. They really think they’re going to help. They love the idea of their own local honey.

Unfortunately, although many might think they appreciate the basic principles of keeping bees, they know very little about the practice of beekeeping.

Actually, the principles of beekeeping are a little more complicated than buying a hive, dumping a nuc into it and harvesting the honey at the end of the season.

The bees need to be fed when there’s a dearth of nectar, or in preparation for winter. They need to be protected from pests and diseases. They need space to expand. They need to be monitored in case they’re thinking of swarming. If they are, action is needed. And all this needs to be regularly and repeatedly checked throughout the Spring and Summer.

In short, they need to be properly managed. This management is the practice of successful beekeeping.

Without proper management I’d argue that one of the biggest threats to bees and beekeeping is the unmanaged colony (or hive) lurking in the corner of a field.

It’s easy to overgeneralise here. The following paragraphs are really describing beekeepers in their first few seasons. Experienced beekeepers can modify their management practices to one that suits their bees, environment, climate and strategy. Bear with me.

Inspections need to start before colonies build up too strongly in the Spring. Queens should ideally be found and marked (and clipped in my view, but some prefer not to do this). Inspections continue at 7 day intervals until the swarming season is well and truly over.

Not 11 day intervals … not when “the weather is better than today”, not when “I get back from the  fortnight in Crete”, not when “I can be bothered” … and certainly not only when “the neighbour is angry about the swarm clustered on their garden swing”.

Inspections have to be conducted thoroughly and with a purpose. It’s not a cursory glance in the top of the box. There’s a reason you’re doing it, so do it well.

Inspections must be done even if it’s 32°C in the shade and you’re melting in your beesuit, when the bees are stroppy as the OSR has just gone over and there’s no nectar coming in, when the weather is (again) miserable and all 50,000 will be ‘at home’ (and possibly tetchy as well) and even if you think “surely they’ll be OK for another day or two?”.

Beekeeping is hard work. If you’re lucky and the supers are bulging full it can be backbreaking.

You have to work reasonably fast and carefully. Manage only one of these two and, for different reasons, inspections can become tiresome.

You will get stung, though not often if you’re fast and careful and if you have well-tempered bees.

It can be hot as hell in summer and you can get wet, miserable and cold at any time of the season. 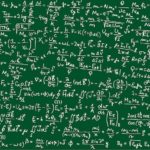 It’s not only physically hard, it is also mentally hard. Not like quantum physics, but it still requires quite a bit of thought. Bees are not ‘fit and forget’.

Using a combination of observation, experience and knowledge (and perhaps a little inspired guesswork) you need to determine what’s going on in a forty litre box containing over 50,000 bees. Is there disease present? Is it one you can do anything about? Is it notifiable? Is the queen present and laying well? Is the colony thinking of swarming (hint, a dozen sealed cells is usually an indication the colony has swarmed, not that it’s thinking of swarming 😉 ). Do they have enough stores? Do they need more space?

You need to be prepared for disappointment (and have a contingency plan). Despite your best efforts the colony may swarm. An extended period of lousy summer weather prevents the new queen from getting mated properly. The colony dwindles, is too weak to defend itself and is robbed out by another colony. Any number of things can go wrong.

Bees are managed, not domesticated.

That’s the reality of beekeeping. That’s the practice that underlies the principle of just dumping a nuc of bees in a box in late April and harvesting pound after pound of golden honey in early September.

If only it were that simple!

I regularly meet people who ‘once kept bees’. I’m sure you do to. Further discussion often shows that they certainly once had bees, but that they failed to keep them.

The colony died, was robbed out, repeatedly swarmed, absconded or – much more frequently – these beehaders simply lost interest.

Often they aren’t actually sure what happened to the colony. Have you ever asked them?

Their initial enthusiasm was tempered a bit by the first couple of inspections. The colony was getting much bigger, much faster than their experience made them comfortable with. They got a bit frightened but wouldn’t actually admit that. They missed an inspection (or two) as they were in Crete for the family holiday. The colony swarmed. They’d read somewhere that the colony shouldn’t be disturbed for a month, so they didn’t. They remembered again three months later but were then too late for the autumn Varroa treatment. Have you got any fondant to spare? They’ll have another go next year.

It’s not unusual for these hives to be simply abandoned. You find them in the corners of fields or tucked up against the hedge in a large sprawling garden.

Out of sight and out of mind.

Forgotten, but not gone …

The gift that keeps on giving

Sometimes the colony limps on for a season or two. More often though it expires in the winter. The hive may then be repopulated the following year by a swarm. They flourish, or more likely perish and are repopulated again. Even if mice move in for winter and wax moth trashes the comb they still attract swarms. 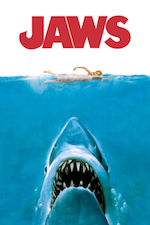 There’s a dozen or more hives like this on private land I know of. Some local beekeepers visit every year or so to collect any swarms that have moved in∏. I can’t imagine the state of the comb … or the colonies they collect.

The abandoned hives effectively act as bait hives, attracting swarms which become established feral colonies. Most will eventually be decimated by Varroa and its viral payload, but many will chuck out a swarm or two first, or drones that drift from colony to colony. Some will get robbed out as they collapse – perhaps by one of your strong colonies – leading to a huge infestation with phoretic mites carried by the returning robbers.

They’re like a 40 litre cedar version of Typhoid Mary∞.

† And my extensive market research suggests they are very delicious too 😉

‡ After all, there’s no time like the present to start and the sooner you buy and populate that lovely cedar hive, the faster honey bee colonies numbers will increase. But they will definitely attend the beekeeping course next winter. Absolutely!

¶ Telephone support. Really?! Have you ever tried to give telephone advice to a new beekeeper who’s standing by an open hive, mobile clamped to their ear, desperately looking for eggs, or deciding whether the queen cells are capped or uncapped? I’ve tried … don’t bother. Grab the beesuit and get to the apiary 😉

∏ There are others I know of and have access to. The entrances to these have miraculously become stuffed tight with grass, so preventing their repopulation. How did that happen? 😉

∞ A poor analogy, but it makes the point. Typhoid Mary (Mary Mallon) was an Irish immigrant  New York cook in the early part of the 20th Century. She was also an asymptomatic carrier of typhoid, a bacterial infection. During the period 1900-07 she infected at least 51 people, three of whom died. Investigative epidemiology traced a series of typhoid fever outbreaks to places where Mary Mallon worked. She was named Typhoid Mary in a 1908 article in the Journal of the American Medical Association.

Mary Mallon refused to accept that she was infected, was forcibly incarcerated (quarantined) twice and eventually died after three decades of isolation. The analogy is poor because Mary Mallon appeared in good health, whereas these abandoned hives (and the bees they contain) are often pretty skanky. However, the term “like Typhoid Mary” is often used to indicate a source of repeated infection … which is spot on.