The new Thorne’s catalogue came out a few days ago. I picked up a copy during a visit to the Newburgh store when I bought frames for the upcoming season and some more queen excluders.

I’ve always enjoyed reading the Thorne’s catalogue. Browsing the 2018 copy brought back memories of my introduction to it a decade or so ago. That was after my very first “Beekeeping for Beginners” evening class with the Warwick and Leamington beekeepers. Everyone left the class clutching a catalogue and an order form for a discounted BBwear suit.

It was clearly effective and well-targeted marketing. I still spend more than I should (though less than I could, thanks to my catastrophic DIY skills) with Thorne’s and I still use BBwear suits.

Pick a size, any size 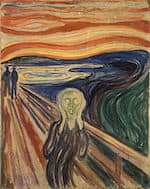 The abiding memories of my first experience of the catalogue were the myriad choices … of hives, frames, foundation, tools and – perhaps more than anything else – labels and moulds.

Remember, this was before even the basics of the hive had been introduced in the beginners course. That first evening was probably spent on the distinction between queens, workers and drones, or perhaps ‘the beekeeping year’.

And then the hives … National, Commercial, Dadant, Smith, Langstroth … Aargh!

Very confusing. And that’s before some of the hives that didn’t even really look like beehives were considered … Top bar, Dartington, Warré 2 etc.

Of course now, a decade or so later, I know the answer. There’s no logical need for anything other than medium Langstroth boxes and one type of frame 😉

But I and most other beekeepers also know that logic is something in short supply in most beekeeping.

Indeed, logic is almost as rare as adhering to standards.

Which is why I use BS ‘British Standard’ National hives 😉

The essentials and nothing else …

The Thorne’s catalogue3 lists everything an amateur ‘hobbyist’ beekeeper could possibly need and almost everything he or she could possibly want. It also lists several thousand things that are either duplicates of other stuff or, plain and simple, are probably unnecessary.

This isn’t a criticism. Choice is great … but is can be really confusing. Particularly when you don’t know the difference between your Bailey, Horsley, Snelgrove, Cloake or Snuggle boards.

Have some sympathy for the hundreds of tyro beekeepers attending winter training courses all over the UK at the moment. In between those two hour lectures in the drafty church hall 4 they’re feasting on the Thorne’s catalogue every evening to provide their necessary daily ‘fix’ of beekeeping enlightenment.

For many, this catalogue is an integral part of their beekeeping education.

Beetradex and the Spring Convention

And then, schooled in basics from their winter training courses and simultaneously confused and enticed by their nightly perusal of the ‘essentials’ in the Thorne’s catalogue, come the two biggies.

Beetradex and the BBKA Spring Convention.

Like lions waiting to ambush an unsuspecting baby wildebeest, the two biggest trade events in the beekeeping year allow all those essential items in the catalogue to be seen, inspected, caressed, agonised over and – finally – bought. 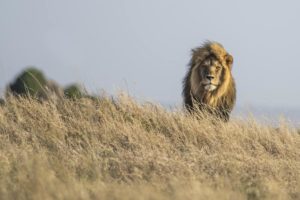 Not necessarily in that order.

In my case sometimes bought, caressed, inspected and then agonised over 🙁

What on earth possessed me to get a Combi-Brush?

All the gear, no idea

Those early beekeeping days were characterised by limitless enthusiasm – in part fueled by the annual Thorne’s catalogue – and precious little practical experience. 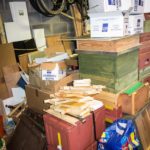 I’ve still got stuff I bought in those early days. There’s all sorts of bits and bobs stored away which ‘might come in’.

It hasn’t and probably won’t 🙁

One of the characteristics of my beekeeping (and I suspect of many others) is that it has become much simpler and more straightforward as I’ve gained experience 5. The enthusiasm is still there, it’s just tempered with pragmatism and an appreciation that there’s only so much I can fit into the garage.

I now carry less to the apiary than I did five years ago. The bee bag is slimmed down and much more manageable. My record keeping is more organised – or at least less shambolic. I’ve given away the frame rests, mouseguard magnet … and the Combi-brush.

But, most significantly, I’ve pretty-much standardised on the equipment I use. I buy the boxes ensuring that they’re all compatible with each other. I buy the replacement frames and I buy less and less foundation.

And most of the rest I usually do without or build myself. The latter includes almost all of the ‘horizontal’ components of the hive – the floor, boards, roof, ekes etc.6

And I reckon my beekeeping is better for it. My bank balance certainly is 🙂

Nevertheless, I’ve still enjoyed a quiet hour or two (as the Beast from the East roars outside) with a cup of tea and the 2018 Thorne’s catalogue.

Or perhaps that should be Eek!

Undoubtedly well made, indubitably multi-functional, but costing £107.50 with all the add-ons.

My first hive was a secondhand Thorne’s Bees on a Budget National bought from an association member who had had to give up beekeeping due to allergies. The boxes are still in regular use. It’s still listed in the catalogue and thousands have probably started their beekeeping with one of these hives.

So … was I tempted by anything?

A year or two ago Thorne’s started selling Horsley boards (PDF) – an interesting method of swarm control consisting of a split board with an upper entrance, removable slide and queen excluder panel. I built my own a few years ago and have used it successfully. Mine is bodged together from bits of scrap wood and a butchered tin baking tray.

They had one in the Newburgh store and it was beautifully made.

I was very tempted.

In the interest of literary accuracy I should add that the bit about the Combi-Brush is not entirely true. I’ve never bought one. It was chosen as the most ridiculous piece of beekeeping equipment I could find in the catalogue that readers might appreciate.

However, there are a few things I have bought that, years, months, weeks or just days later, I’ve wondered … “Why?”

What they are will remain a closely guarded secret 😉