In a recent monthly newsletter Thorne’s announced they were now supplying small cell foundation. This foundation has a cell diameter of 4.9mm, rather than the standard 5.2-5.4mm. Under the ambiguous heading “4.9 mm foundation for varroa control” they have the following text: 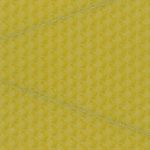 “It is claimed varroa mites struggle to reproduce in the slightly smaller cell size. 4.9 mm being close to what bees produce in comb width in nature. Many beekeepers in the USA who have experimented with small cell have reported encouraging results. Moving over to small cell however can be difficult and must be done at the correct time of year. It cannot be done either by simply putting 10 frames of small cell foundation in the hive. The bees must first be subject to regression over a period of several months.”

Do mites struggle to reproduce?

No. There’s compelling scientific evidence that Varroa levels in hives on small cell foundation may actually have higher mite levels than those on standard foundation. These are from properly conducted and controlled studies involving dozens of hives.

It certainly is claimed that mites struggle to reproduce in small cell foundation. The evidence actually directly contradicts these claims. Undoubtedly beekeepers in the USA have reported encouraging results, but scientists doing side-by-side comparisons clearly demonstrate that mite levels are at best not changed or at worst appreciably higher on small cell foundation.

Actually, it’s not the mites but our bees that struggle to reproduce in small cells. This explains the phrase “subject to regression over a period” above. You have to select smaller bees that can reproduce well in small cell foundation. Once this is done, the bee size is measurably smaller and the density of brood cells in the hive is greater.

Is this is a one-off study – where is the independent verification?

No. They were repeated at least three times by labs at the University of Georgia. Similar studies were conducted by Florida Department of Agriculture and Consumer services. In addition, the Ruakura Research Centre in Hamilton, New Zealand, conducted their own study – using a different experimental format – but achieving the same conclusions. Small cell foundation increased mite levels when compared with conventional or standard diameter foundation. There are now several additional independent studies which essentially reach the same conclusion – small cell foundation does not restrict Varroa replication and may actually increase it.

Has this new research been published?

After all, perhaps Thorne’s aren’t completely up-to-date about these studies? If the work is really new then perhaps they can be excused for trying to flog something for which there’s no compelling evidence of benefit.

Well, it was published … in some cases seven to nine years ago:

If you want an accessible and readable account of small cell foundation studies Jennifer Berry has written one for Bee Culture which includes experimental details of the work in references 1-3 above.

Indeed, you could argue that the detrimental enhancement to mite reproduction of small cell foundation, means that they must have truly exceptional beekeeping talents.

Or an agenda perhaps 😉

In the opening paragraph I stated that the title “4.9 mm foundation for varroa control” was ambiguous. The scientific evidence presented above is that small cell foundation does control Varroa. Assuming you use the word ‘control’ when defined as the power to influence or direct the course of events. Small cell foundation does exert control … but almost certainly in the opposite direction to the way implied in the title.

What turns an ambiguous into a misleading title is this implication that small cell foundation reduces Varroa levels. The text that accompanies makes this implication without providing any sort of balanced view based upon the published evidence to the contrary.

Beekeepers, particularly beginners, looking for effective ways to reduce their mite levels are not being provided with the facts and are likely to be misled.

But wait … were all these scientific studies flawed?

Thorne’s partly justify the sale of small cell foundation in their newsletter by citing a UK research project that involves its use:

“The University of Reading has just started an exciting new research project examining the highly problematic issue of varroa mites and whether the use of small cell foundation (4.9 mm) can help. This is being carried out with volunteer beekeepers in the local area as well as in an apiary at the University. The study will evaluate the use of small cell foundation alongside regular-sized (5.4mm) foundation and compare the varroa loads during next spring and summer.

This is an interesting topic to research as beekeepers around the world have had success with the use of small cell foundation whereas many others have not. Some previous studies have also found that varroa counts increase in the short term when small cell foundation is first used. The new study will evaluate what happens once the bees have fully adjusted to small cell foundation and if there is a significant impact on varroa loads.”

The implication here is that the previous studies (above) are flawed because they failed to use bees that were properly adapted to small cell foundation. Thorne’s do clearly state that the bees have to be properly adapted – subjected to regression – for several months before benefits are seen (or claimed to be seen). To their credit also, they acknowledge that some studies show increases in mite levels. This text is from the newsletter and unfortunately does not appear on the webpage of their catalogue that describes the foundation. 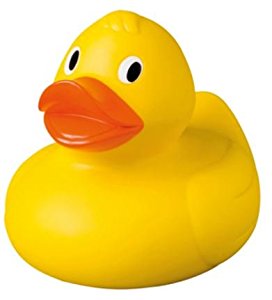 As you can tell from the tone of this post, I remain sceptical.

If it looks like a duck, if it swims like a duck and if it quacks like a duck … it is a duck. As a scientist I’m influenced by controlled studies, not hearsay or beliefs.

The Berry study (ref 3 above) did use bees reared on small cell foundation for their comparative studies, the other studies did not as far as I can tell. However, remember the original hypothesis about why small cell foundation is beneficial. The mites do not develop properly within the cell as they are ‘crowded’ by the abdomen of the developing honey bee pupa i.e. there’s too little space for the mite.

What does regression lead to? Smaller bees. In the Berry et al., study the weights of adult bees reared on small cell and conventional foundation was 129 and 141 mg respectively. This seems to be contradictory … if properly regressed bees on small cell foundation are significantly smaller than those on conventional foundation how is the space for the mite development restricted? I acknowledge that the cell size is proportionately smaller than the reduction in adult bee weight. Conversely, if small cell foundation is supposed to restrict mite development, why are levels apparently higher when ‘normal’ sized bees are first forced to use smaller cells? Surely there should be a greater reduction in mite reproduction before the bees have regressed?

I hope the study being conducted by the University of Reading is thorough and properly controlled. These are difficult studies to conduct, particularly at the scale needed to be statistically convincing and when not under the direct control of a single beekeeper in a single apiary. I wish them every success with the experiments and look forward to reading about it once it is peer-reviewed and published.

Until then I suggest you save your £11.60 for ten sheets of small cell wired brood foundation … you’d be far better off preparing foundationless frames and controlling Varroa by rational and judicious use of hive manipulations and approved miticides.

The late and still unbeatable Dave Cushman has an article by Philip Denwood reproduced from the 2003 BIBBA magazine on cell size. Recommended for a historical perspective.

A 2013 article from the New Hampsha’ Bees blog Small cell doesn’t work (but please don’t tell my bees describing typical evidence that small cell foundation does work … anecdotal and not controlled, but nevertheless enthusiastic and – unusually – acknowledging the evidence against.

Dee Lusby – one of the originators of the ‘small cell’ movement – in an early article from ABJ reproduced on the Beesource forums. Be warned … there’s some misleading nonsense in this article. For example “it is a known fact that both honey bees and mites have been on this Earth many millions of years together and survived quite nicely”. I don’t disagree that both mites and bees have been around for millennia. However, they have only been together for a century or so. I think I’ll have to write something about natural beekeeping in the future …

It’s notable that top Google ‘hits’ for small cell foundation provide no scientific support for the claims that are made … caveat emptor.