… but in this world nothing can be said to be certain, except death and taxes.

Taxes are a subject that I’ve not previously covered. Furthermore, I have no intention of writing about them in the future. My once a year late-night wrestle with the HMRC website is a distressing enough experience and one I’d prefer not to be reminded about.

So this week I’ll deal with that other certainty … death. 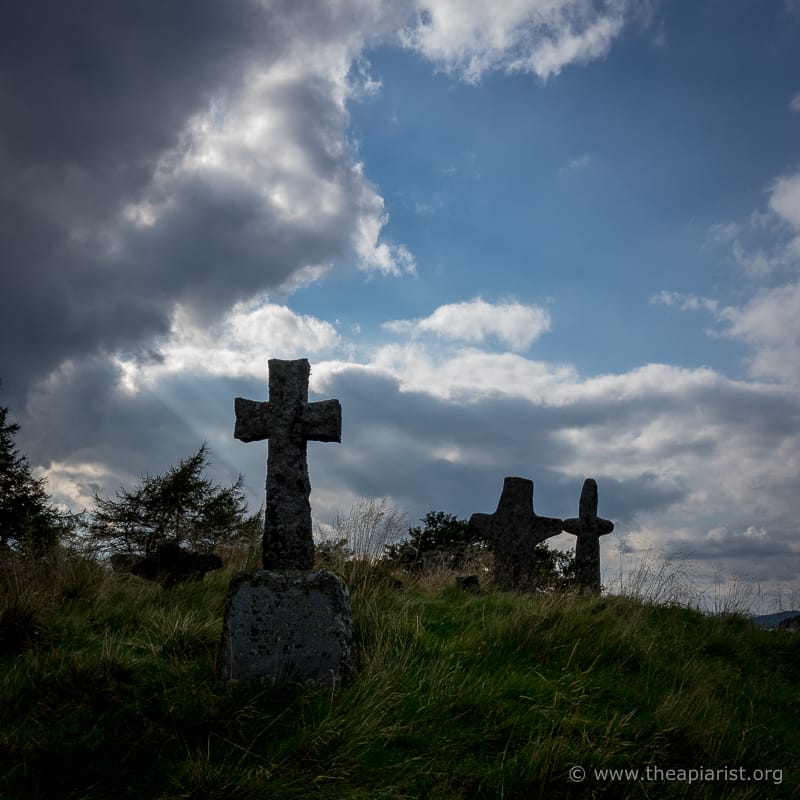 Sooner or later it will happen to us all.

No ifs or buts, and – unlike taxes – it really is a certainty.

What’s interesting about death is the ‘sooner or later’ element.

Some die young, due to bad luck, poor health or overindulgence.

Others live to a ripe old age, outliving their peers by many years or even decades.

Beekeeping has been a relatively solitary pastime for the last 16 months. The restrictions imposed by lockdowns and social distancing have meant that beekeeping meetings have all been ‘virtual’.

I’ve written about these recently and it seems likely that many associations are going to continue (at least some of the time) with Zoom talks. 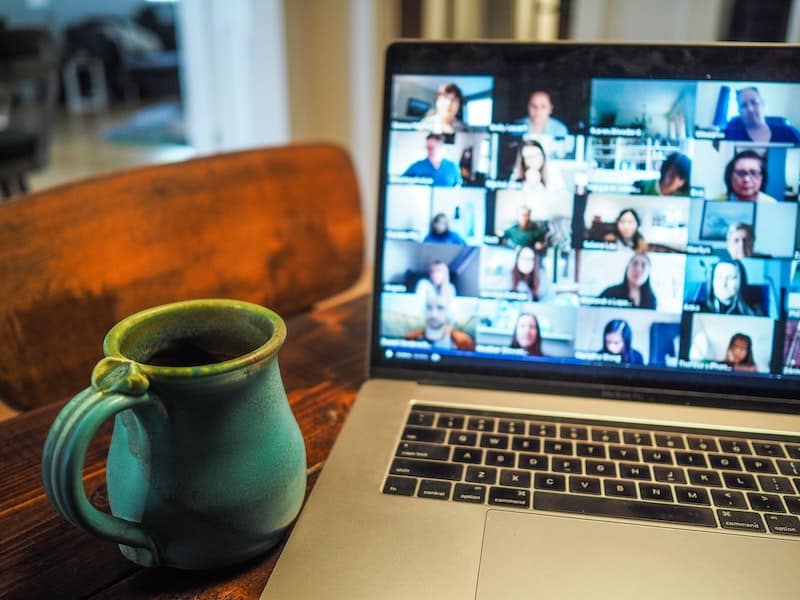 Whether in person, or online, one of the things that’s noticeable is that all beekeeping audiences are – how can I put this delicately? – not as young as they used to be.

By which I mean the individual beekeepers are not callow youths, but are instead older, wiser, and – of course – better looking.

In my experience, giving talks over the last decade or so, beekeeping audiences have always had an older average age than a cross-section of society.

In addition, as I briefly mentioned recently, the average age of beefarmers in the UK is about 66 years old.

It seems there are two possibilities:

Of course, both of those are rather simplistic explanations, but it’s a start.

When you start beekeeping you tend to be interested in honey and swarm control and pathogens.

But after a few years of successful beekeeping you probably produce quite a bit of honey. Your success in honey production is partly due to your understanding and implementation of swarm control, and by your interventions that minimise disease.

And so your interests in beekeeping expand.

Some produce award-winning candles or wax flowers, some rear hundreds of queens a season, some explore esoteric hive designs, and some become interested in the history of beekeeping.

And one of the things that’s noticeable about the history of beekeeping is that several well known beekeepers lived to a remarkably old age.

With improvements in nutrition and healthcare, the average life expectancy of the population has been increasing for the last 150 years or so. 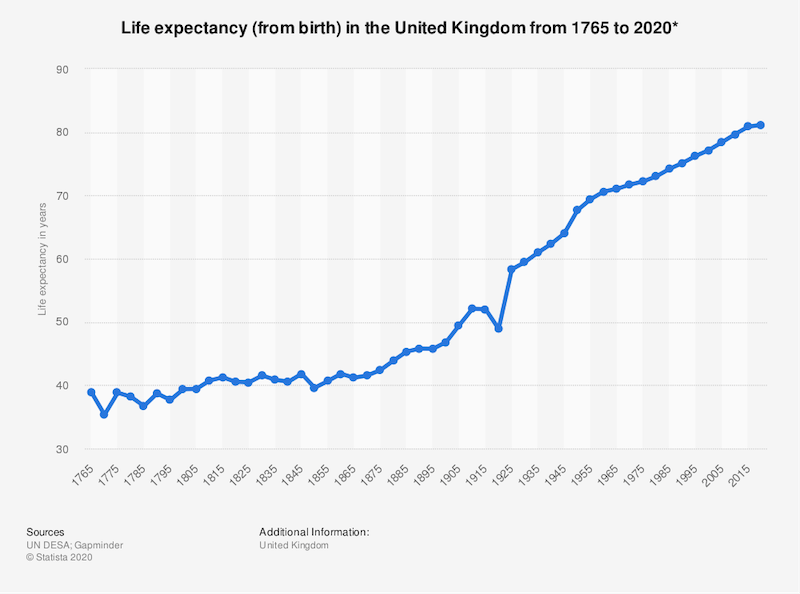 If you were born in the 18th Century you’d be expected to live (on average) about 40 years. However, in the last third of the 19th Century, life expectancy started to increase.

I was going to say ‘inexorably increase’ were it not for that little blip around 1918-1920. That wasn’t the First World War. It was the last significant global viral pandemic, the so-called Spanish ‘flu 2. Only recently has this increase in life expectancy started to plateau, and actually reverse.

My knowledge of the history of beekeeping is rather patchy so I did a quick search for ‘famous beekeepers‘.

Don’t bother with the first couple of hits 3, but the third is the ever-dependable and enjoyable Bad Beekeeping Blog by Ron Miksha.

Here’s a few picked at anything-but-random ( 😉 ) to support my hypothesis that beekeepers live longer.

In no particular order:

And there are many others … including many much less famous but equally old 6.

Just because (some) beekeepers live a long time doesn’t mean that beekeeping is responsible for their longevity.

Perhaps they’ve just got ‘good genes’ and they’d have lived into their 80’s or 90’s whether they’d been beekeepers or BASE jumpers. 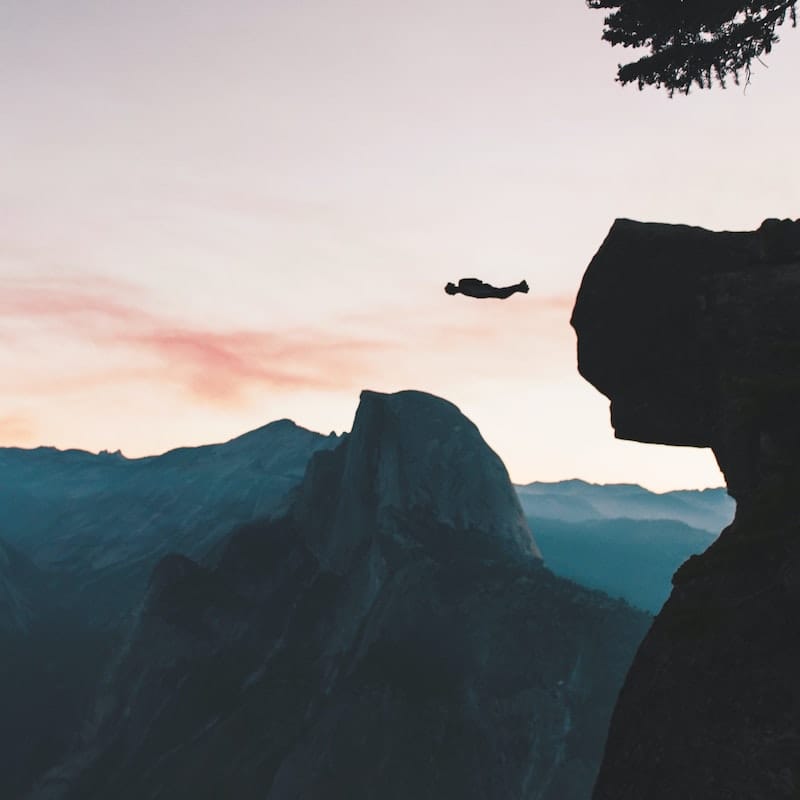 BASE jumping, Half Dome, Yosemite

Maybe it takes that long to become an acknowledged expert at beekeeping?

How many famous beekeepers can you name who died young?

If Harry Laidlaw had only lived to his mid-60’s (still older than the average for his year of birth) perhaps he’d have been unknown?

Unlikely … he published his first book at the age of 25, was elected a fellow of the American Association for the Advancement of Science at 48 and was the first Associate Dean for Research in UC Davis in his late 50’s.

All of the individuals listed enjoyed a near-lifelong association with bees and were clearly exceptional beekeepers well before they also achieved an exceptional age (considering the year that they were born).

So perhaps there is something about bees or beekeeping that makes beekeepers live longer?

One possibility is that honey is good for you.

Although some beekeepers don’t like honey 7, most undoubtedly do. Honey has a host of antimicrobial, antiviral, antiparasitic, anti-inflammatory and antioxidant effects, as well as being a guaranteed ( 😉 ) way to prevent hay fever.

Treat most of what I’ve written above with some caution.

My selection of famous (old) beekeepers is extremely selective.

The reason audiences in beekeeping association meetings have a high average age is almost certainly due to spare time and disposable incomes … and because all the young ones are out partying.

It’s not my sort of science, but a proper study of the association between longevity and beekeeping would be quite interesting.

Is there a causative association? Is it associated with beekeeping per se, or do non-beekeepers who eat honey also live longer? How many hive/years do you need to keep bees to increase your longevity? If it’s bee stings that are beneficial, do beekeepers who keep stingless bees also live long and healthy lives?

There is literally a certain finality about studying the age at death. Are there perhaps other markers of longevity that could be investigated a little earlier in a beekeeper’s life?

We (beekeepers) have 23 pairs of chromosomes 9 that consist of DNA and proteins and contain the majority of our genetic material 10.

The chromosomes are in nucleus of the cell.

As humans grow – from egg, to embryo, to foetus, to adult – these cells have to divide. And the chromosomes have to be duplicated to ensure that all cells end up with the required 23 pairs.

Chromosomes are not circular but are essentially linear strands of DNA. This introduces a problem.

The enzymes that copy and make new DNA (the DNA polymerase) only ‘work’ in one direction. Since DNA consists of two antiparallel strands this means that the polymerase copies one strand directly to make one continuous product, but it copies the other strand in small pieces, and then joins them together.

The details really don’t matter … but the consequences do.

Frankly, this is a bit of a design flaw 🙁

As a consequence of this discontinuous copying, one of the strands of the DNA molecule gets a little bit shorter every time it is copied.

The DNA of chromosomes contains all the genes that make all the proteins that makes all the cells that get together to form all the tissues that create the organs that make beekeepers.

So, if the little bit of the chromosome that’s lost during replication happened to contain an essential gene, things would go very seriously wrong™.

But chromosomes have a sort of ‘get out of jail card’.

During replication, little bits of this cap are lost – the cap gets shorter – but this truncation does not result in the loss of any essential genes. 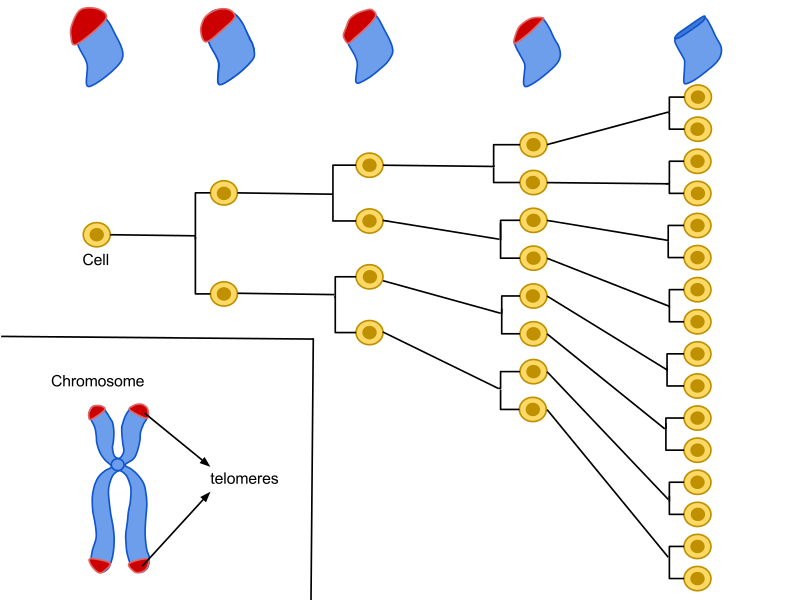 And all this telomere shortening is rather predictable.

As cells divide – during growth or tissue repair – the telomeres shorten. Therefore, if you measure telomere length you can get an idea of how many division it has undergone and therefore how old it is.

Telomere length is therefore a measure of biological age.

Except it’s not quite that simple

There are a bunch of things that also influence telomere length.

For example, the age of the father influences the length of the child’s telomeres.

Telomeres also accumulate damage – and so shorten – through oxidative stress. This is a process that results from the excess production of oxidants such as peroxides, free radicals and reactive oxygen species. These are chemical intermediates in normal biochemical processes. The cell can cope with small amounts of oxidants. However, the protection mechanisms become swamped if they are in excess, resulting in cellular damage.

Some diets are rich in antioxidants which can (or at least are hypothesised to) reduce oxidative stress.

Honey can contain high levels of polyphenols, these are well known antioxidants that are also found in some fruits, vegetables and olive oil.

There are studies that demonstrate that eating honey every day increases the levels of antioxidants 13. However, I’m not aware that these or other studies were extended to investigate whether the test cohort also exhibited a reduced rate of telomere shortening.

This isn’t surprising … the inherent variation between individuals and the relatively slow rate at which telomeres shorten means thousands of individuals would need to be analysed. Potentially over many years.

But there is also a study of telomere length in beekeepers … which is the reason for the 2,200 word introduction above.

A Malaysian research team 14 have measured telomere length in 30 beekeepers and the same number of age-matched non-beekeepers.

The beekeepers chosen had all been keeping bees for at least five years. The non-beekeepers didn’t just not keep bees 15, they also did not consume any bee products (honey, propolis 16 or royal jelly 17 ). In addition to being age-matched (average age ~42 years) both groups excluded individuals with known disease.

And I wouldn’t have been telling you all this unless the telomere length did differ significantly. The non-beekeeper’s had telomeres that were ~30% shorter.

This small study also investigated whether there was a correlation between the period of beekeeping, the number of bee products consumed, or the period or frequency of bee product consumption, and telomere length.

Telomere length only correlated with the frequency and duration of consumption of bee products, not with the types of products or the number of years of beekeeping.

The significance of these sorts of population-based studies is related to the scale of the study. This is a small study, and the only one I’m aware of that specifically investigates telomere length in beekeepers.

It has only been cited 7 times and has not been repeated.

It remains firmly in the ‘interesting observation’ rather than ‘acknowledged fact’ category.

So all those afternoons hunched over the hive appear to make no difference 18, but having honey every day on your porridge might actually make you younger.