Almost all beekeeping associations – and most books – teach Pagdens’ artificial swarm as the recommended method of swarm control. It is tried and tested and reasonably dependable. However it can be a bit tricky to grasp for inexperienced beekeepers.

At least part of the problem is you have two hives that look the same, one on the original site, one adjacent. Conducted properly, the adjacent hive is moved to the other side of the original a week or so into the process.

Teaching this in a poorly lit, draughty church hall in late January, facing the audience with the inevitable confusion over left and right, and getting ‘new’ and ‘old’ hives mixed up, often bamboozles the beginner 1. Or the instructor 😉

Here’s an alternative … the nucleus method of swarm control. 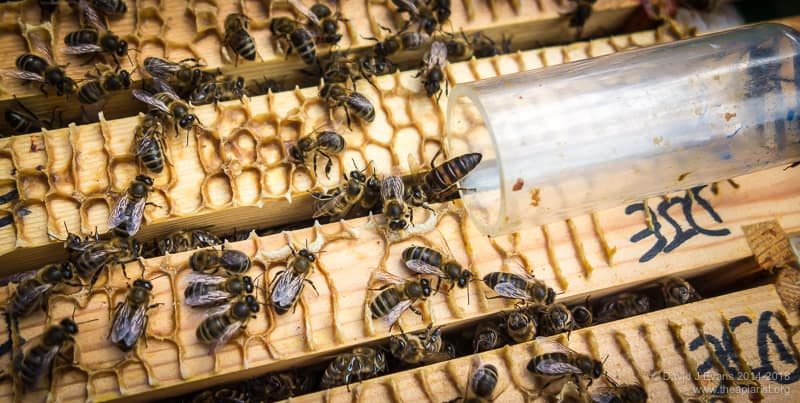 This method is simplicity itself. When the colony looks as though it’s preparing to swarm you remove the queen, some stores and some bees into a nucleus hive.

This keeps the queen safe in case things go awry with the original colony.

You then return a week later and remove all but one queen cell in the original colony. The virgin queen emerges, mates, returns and starts laying.

A month or so after starting the original colony is headed by a new queen and you have a ‘spare’ building up in the nucleus box. You can overwinter this, sell it, give it away or – after removing the queen – unite it back with the original hive.

It goes without saying that the nucleus method of swarm control needs a nucleus (nuc) hive 2. Any sort of 5 frame nuc is suitable. Nucs are incredibly useful, so they are a good investment. If you’re buying one for the first time get polystyrene as they’re lighter, better insulated and much better for overwintering bees in. I’ve reviewed poly nucs a few years ago. There are even more makes to choose from now.

I’d recommend not using a two frame nuc as there’s not really enough room for stores and colony expansion 3.

In addition to the nuc you’ll need five frames that are compatible with your nuc and hive. Ideally, one or two of these should be drawn comb, but don’t worry if you just have foundation. A dummy board can also be useful. Like nucs, you can almost never have too many dummy boards.

To properly understand honey bee swarm control you really need to understand the timing of the development cycle of queen bees.

Queen cells have a characteristic appearance. Unlike the horizontally-oriented worker cells, larvae destined to become queens hatch from eggs laid in vertically-oriented queen cells. After three days as eggs and a further five days of larval development the queen cell is sealed.

A colony will usually swarm on or soon after 4 the queen cells are sealed. 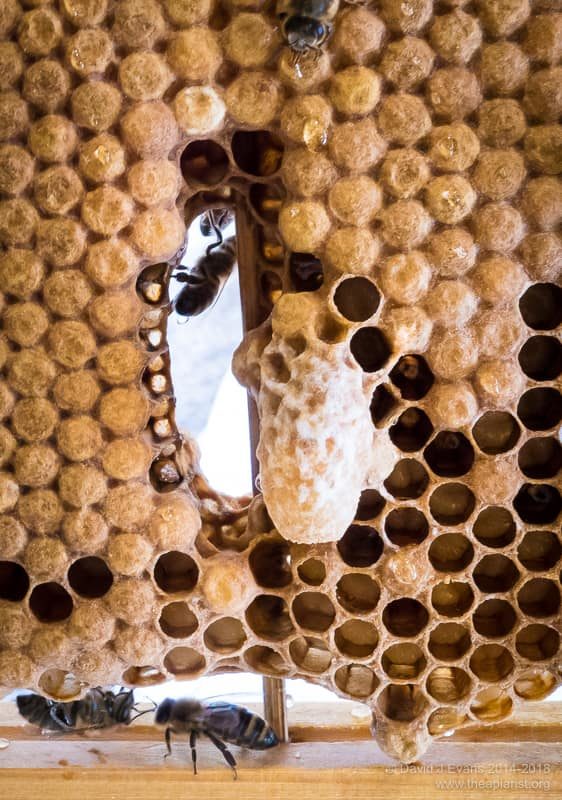 This is why it is recommended that colony inspections are conducted at seven day intervals. If the colony is thinking of swarming you’ll find an unsealed cell (because there were none last week when you inspected and they take 8 days to be sealed) and you can immediately start swarm control.

If you find one or more unsealed queen cells at a routine inspection … don’t panic. You’re prepared, you’ve done your homework and you have the necessary equipment.

Day 1 – Preparing with the queenless colony 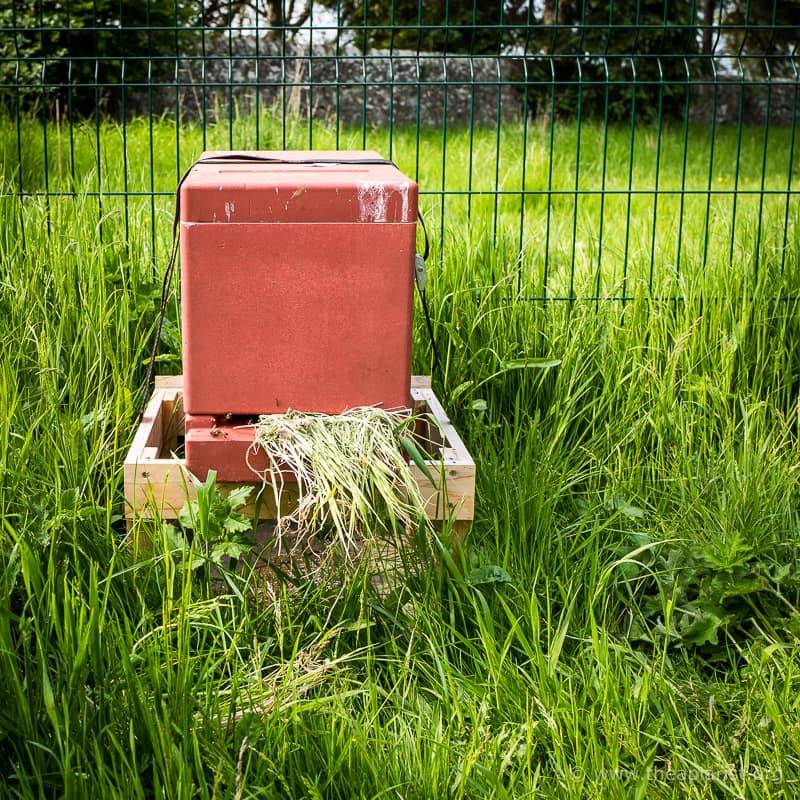 One week later – Ensuring the queenless colony does not swarm 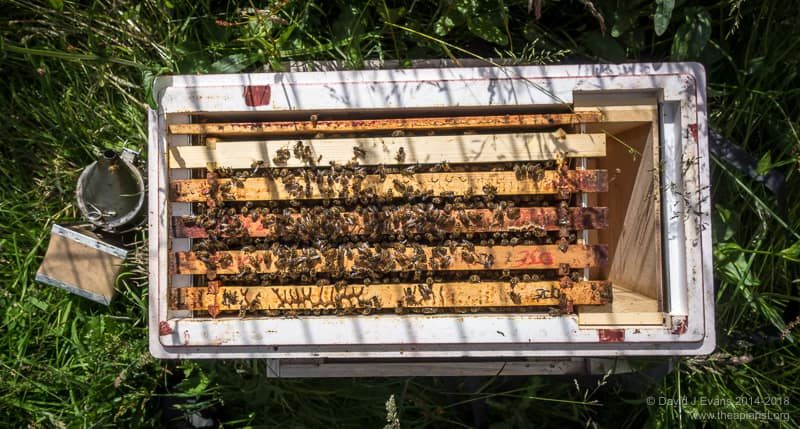 Pros and cons of the nucleus method of swarm control

With the exception of vertical splits almost all of my swarm control uses this nucleus method 12. I particularly like the nucleus method because I have lots of nuc boxes ( 🙂 ) and because it leaves manageable single-entrance hives rather than double height, multiple entrance stacks.

Almost all of the foraging bees are left with the original colony so the nectar-gathering capacity is not significantly reduced.

I almost never use the Pagden artificial swarm, largely because it ties up too much equipment.

Give it a go … what could possibly go wrong?

26 thoughts on “The nucleus method”